From the time he entered the classroom in 1958, Ulysses Floyd has been working to improve conditions for Florida’s students and educators

There are advocates, and then there’s Ulysses Floyd. Now 92, he says, “I can’t see myself not being a part of what’s going on.”

Long treasured and honored by his colleagues, the retired educator is still very much a part of what’s going on. He is an at-large member of the FEA Governance Board and a member of FEA-Retired. Floyd also serves as an annual Florida delegate to the National Education Association Representative Assembly (NEA RA), where he is known as the “Legendary Ulysses Floyd” and has numerous fans for his role as “the closer” in convention debates.

This article appeared in the Spring 2021 issue of The Advocate, the official publication of the Florida Education Association.

The only reason he didn’t travel to the 2020 NEA convention is that it was held virtually in the face of Covid-19. Before that, 2019 marked his 46th year of attending the NEA RA in person, wherever the convention was held. Once the conventions are held in person again, count Floyd in. “I love to work with my union, he says. “I’m always right there to work with them.”

Shall we start the We ❤ Ulysses Floyd caucus? #NEARA19 pic.twitter.com/HKZ7jZdH8k

The pandemic has slowed things down a little, although Floyd has had his Covid-19 vaccinations and gets out for errands. The work continues at home by Zoom and phone. Reached recently and asked for his advice to new educators, he gets right to the point: “Join your union! Be a part of everything this union is doing.”

Floyd entered the classroom in 1958 after serving in the Army and earning a master’s degree in education at Florida A&M University. The young man who had left school at 17 to join the military would end up spending 32 years teaching.

Soon after Floyd began teaching at Webster Elementary School in Winter Park, Fla., he joined his local association on the recommendation of the school principal. Segregation was everywhere at the time — at schools and in education associations. Floyd would see all of that change. As an African American union leader and as an educator, he would help facilitate the progress.

In 1966, Florida’s Black and white teacher associations merged. In 1968, Floyd joined with other Florida teachers in the nation’s first statewide teacher walkout. By 1974, he was the first African American president of the Orange County Classroom Teachers Association. Under his watch, the Orange County School Board first recognized the association as the official bargaining agent for its members.

In 1990, Floyd finally retired, but never ceased his advocacy for students, educators and public schools. In 2016, he was recognized by NEA-Retired with the Distinguished Service Award, the organization’s highest accolade. According to a report from the time, his peers gave him three standing ovations.

His contributions at the national, state and local levels continue to this day. “When I think of a true union leader, advocate and mentor, I think of Ulysses Floyd. His knowledge and wisdom have not only been an asset to me and so many leaders, they are an asset to FEA,” says union President Andrew Spar.

“It’s important that we in the union stick together, because without the union, this whole thing is lost,” Floyd says. “The state is not going to come and give us what we need.”

Floyd notes, “The union is fighting hard right now. One great thing they’re trying to do is get us vaccinated.” Then there is the issue of pay, where the governor brought forward increases but “didn’t go far enough.”

For public education advocates, there is always more work to be done. Ulysses Floyd will be there, cheering his union on. “I think FEA has done a heck of a good job.”

The National Education Association contributed to this report. 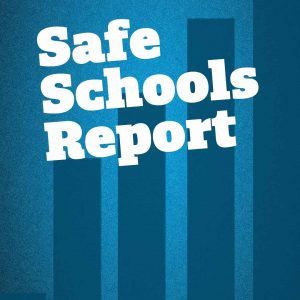 ‘As a teacher, I feel attacked’

Teachers and support staff all deserve a reward